South Africa is a bucket list destination, a must do for every immersive traveler. And if you ever get wondering why it lists so high, here is a quick reminder to tell you how amazing this land is.

One of the most scenic drives in the world, is said to be the beautiful Garden Route. The South Eastern coast can be traversed right from Mossel Bay of Western Cape to Storms river in Eastern Cape. It's home to ancient forests, secluded artists' communities, retirement estates, modern malls, craft centres, mountain hideaways and beach holidays. Plenty of activities along this route to be done. Garden route is home to Knysna Plettenberg Bay, George and Oudtshoorn.

Also check: Top 8 Thalis from all over India

Imagine jumping off the world's highest bungee bridge, at 216 m that's the Bloukrans for you. Also, the Bloukrans bridge is the longest single span concrete bridge in the world. Situated on the scenic Garden Route, which is one of the world's best self-drive options, this jump certainly features on every adventurer's bucket list. 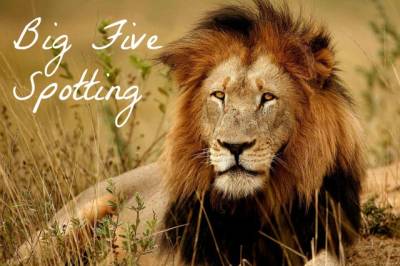 The sheer diversity and density of animals make Kruger one of Africa's top safari experiences and the top wildlife experience in South Africa. Also the accessibility in terms of roads is a great up for the national park. The animals that you find here are definitely list worthy: elephant, lion, leopard, cheetah, rhino, buffalo, giraffe, hippo and zebra and 17 other mammals. The landscape is also gasped worthy with Beautiful granite kopjes (hills) pepper the bushveld in the south, the Lebombo Mountains rise from the savannah in the east, and the tropical forests cut across the far north. 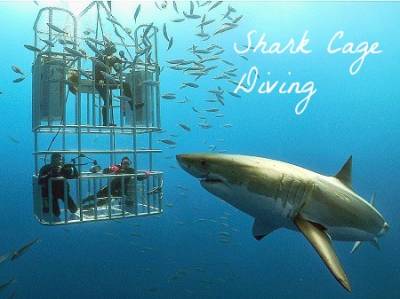 Gansbaai is known as the great white shark capital of the world and is only a two and a half hour scenic drive from Cape Town. It is here that the Shark Diving operators take you for an adventure of a lifetime. The boat launches from Kleinbaai, only 12km from the coastal fishing village of Gansbaai, on an exhilarating 20-minute boat ride to where the Sharks can be found. During the summer months the sharks keep closer to shore and during winter they move to Shark Alley, a nearby channel created by two islands. One also goes till Dyer Island with its endangered African Penguins and migrating bird colonies and Geyser Rock with its resident colony of 60 000 Cape Fur Seals. If you travel till there, you get to spot them too. The round trip takes 3-4 hours on the boat, once at the chosen spot for the day (At the skipper’s description), the boat is anchored and the Great White Sharks are offered bait. The steel cage is attached to the boat at all times, and one does not go deeper than half a meter into the water. You need to hold your breath and knowing how to swim is NOT mandatory.

Float over the Pilanesberg Game reserve in your hot air balloon, catch the panoramic sights that the ride offers. Over the ancient mountains of the game reserve and the dramatic landscape, that is home to an ancient volcano. You'll see lots of game on this aerial safari – herds of antelope, grazing white rhino (the Pilanesberg is one of the best places in the world to see white rhino), stately giraffe, scampering zebra, browsing elephants, herds of buffalo, and, if you’re lucky, lions and maybe even a leopard. Not just game spotting but the experience of this aerial showcase which ends in a glass of wine offered, is something one holds on to for a long time. 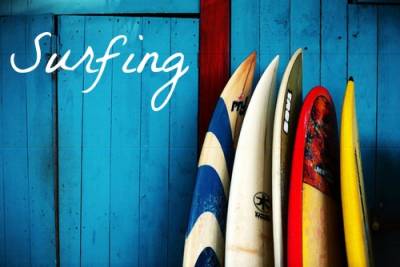 South Africa is blessed with a coastline inundated with many bays and ridges. Couple that with some great wind, and there you have one of the best surfing destinations in the world, and viola! That’s the southern coast for you, oh yes and also the Bay of Plenty, Durban. Wait! Even spots near Knysna are great! So you get the drift right? That South Africa is surfers’ paradise. Long beach, Muizenberg, Still Bay, Jeffrey’s bay and Bay of plenty are some of the best spots. So get ready for a crazy ride with the locals. 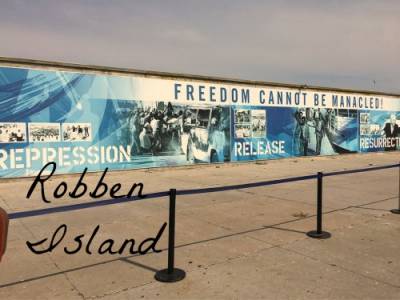 An island in table Bay located 7 km off the coast, it was famous for housing prisoners in the 17th-19h century. It was also used as a military base. But what it really became famous for, was being the home of Nelson Mandela, for 18 years of his total prison time of 27. There are tours from Cape town that bring you up close and personal with this island and the prison which housed Mandela. One can spend their time there and get a feel of how it is to be marooned in the sea in this desolate island, while fighting a war that changed the face of South America completely.

The Prisoners were confined to small cells with only a sleeping mat and bucket toilet. Each morning they were woken up at 5:30 to empty their buckets and start another day of hard labour. Black prisoners received an inferior diet compared to their white and coloured counterparts. Even more cruelly, they were deprived of contact with their loved ones, limited to a half-hour visit a year from a family member, and only two letters.

The island became an informal “university”, where the prisoners who were to become the next generation of political leaders in South Africa spent many hours in debate and discussion. It was deemed a UNESCO Heritage site due to “triumph of the human spirit”

The tour is made to the Robben Island Museum, and it's generally lead by a once-political prisoner to give a personal account of the establishment that was once here. It includes the ferry ride and the visit to this island, which though is grim but also brings about hope. 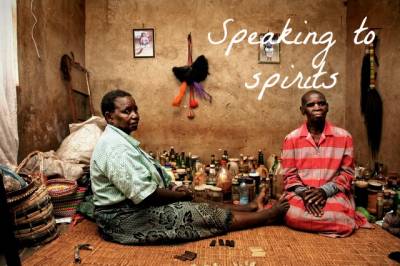 In Africa, ancestor worship is very popular and it is not only Zulus who consult their ancestors. At least 80 percent of South Africans visit a Sangoma about three times a year, and you can too by visiting a Zulu cultural village. African ancestors, or Zulu 'amadlozi', are African ancestral spirits, and you'll find them revered in KwaZulu-Natal, the stronghold of the Zulu nation. Here, they guide and direct their descendants in a rustic life that hasn't changed much over the centuries, and you can get a taste of this spiritualism by visiting a sangoma or traditional healer. If one is visiting the region, old women of villages who are healers, generally offer to give you a free Tete-e-Tete with your ancestors, with advice from them too. Believer or not, this is certainly an experience that will pique everyone's interest. 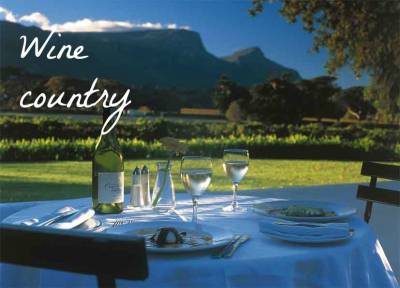 The cape Winelands have 18 wine routes and 2 brandy routes. Boasting of some vineyard that go back centuries, it offers some of the best wine all over the world. Most Cape wine estates are characterised by classic Cape Dutch-style buildings and massive vineyards with picturesque mountains as a backdrop. There is also a distinct European influence in a number of regions.  The Stellenbosch wine route is the oldest of the routes, the Shiraz from the Robertson route has won awards from all over the world, and the Franschhoek wine valley is called the Gourmet capital of Capetown. It also runs a wine train, which takes you on a hop on hop off tour to the various wine yards.

The Blueberry Trails organizes amazing holiday packages for the traveler in you.For our upcoming tour schedule and International tours from Mumbai and for custom made Holiday Packages from India write to us at  This email address is being protected from spambots. You need JavaScript enabled to view it.  or call at +91 8080 122 441 for further information.