Croatia may seem small by size, but great in natural diversity, rich historical and cultural heritage and, above all, in the hospitality of local people. Many of the most attractive places in Croatia are found along the extremely indented coastline which also features over a thousand islands, islets and reefs. Scenic mountain areas, fertile lowlands and unspoiled nature of national parks are among the other wonderful sights of Croatia. Here’s are our pick of 8 Places in Croatia Everyone Must See:

Places in Croatia visitors must see, just as with any country, should include the capital city. In this case, it is Zagreb one of those Central-European metropolises that enchant with its architecture, historical and cultural heritage, take a walk to the beautiful Upper town for the spectacular view of the entire city. Among the must-visit sites are the magnificent Zagreb Cathedral, Marco’s square dominated by the Church of St. Marco, Lotrscak tower and the very heart of the city, the Jelacic square. 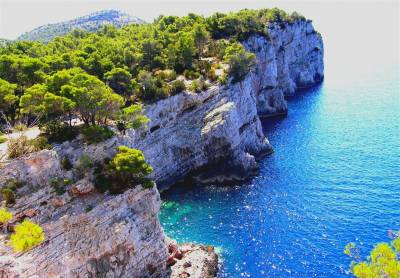 One of the most famous natural places to visit in Croatia, the national park of the Kornati islands consists of 89 islands and islets located in the province of central Dalmatia. Remarkable vertical cliffs that are facing the open sea are the most striking feature of the Kornati islands. The untouched nature of the park is habitat to many plant and animal species. The vivid underwater world of the Kornati archipelago amazes divers from all over the world. (Diving permit required). 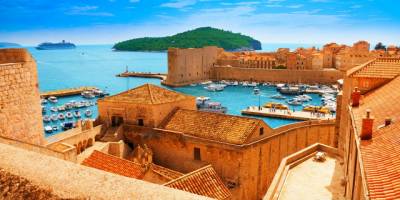 The precious pearl, Dubrovnik is probably the most well known of places in Croatia. Situated at the foot of a hill, and surrounded by the magnificent city walls and fortresses that rise above the sea, Dubrovnik simply captivates with its beauty. Once a city-republic, Dubrovnik boasts a glorious history, the traces of which are found all over the town – in churches, museums and all along the charming stone-paved streets. Beautiful beaches with the striking view of the nearby islands, along with comfortable hotels make Dubrovnik an extremely popular summer resort. 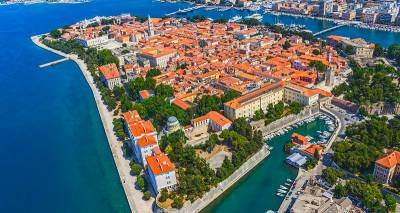 Another coastal city with an impressive historical heritage, Zadar enchants with the stone paved streets, old churches, and astonishing natural surroundings. The symbol of Zadar is the Church of St. Donat, a pre-Romanesque church built in the 9th century. If you find yourself in Zadar during the summer months, experience the classical music concerts that are held in the church’s interior. Zadar has recently become the world famous for its modern urban installations of the Sea Organ and Greeting to the sun. Those are located on the waterfront, where you can listen to the music played by the waves and enjoy the magical play of lights during the sunset.

The second largest city in Croatia, splendid Split boasts one of the most recognizable Croatia attractions, the Diocletian’s Palace. This remarkable fortification complex was built in the 4th century by the Roman emperor Diocletian, and due to its historical and architectural worth, it has been on UNESCO’s World Heritage List since 1979. Beautiful beaches and modern tourist facilities, along with numerous historical sites make Split a desirable destination for all types of tourists.

Situated on the picturesque island of the same name, the ancient city of Hvar is one of the most popular tourist destinations on the Croatian coast. Located at the foot of a verdant hill and surrounded by the sea with numerous islets scattered over the horizon, Hvar amazes with its natural beauties. The old Hvar Citadel dominates the hill above the town and represents one of the highly recommended things to see in Croatia. The old city’s core will charm you with its Renaissance and Baroque architecture. Highlights include Cathedral of St. Stephen, the Franciscan Monastery and the famous Hvar theatre built in 1612, among the oldest in Europe. 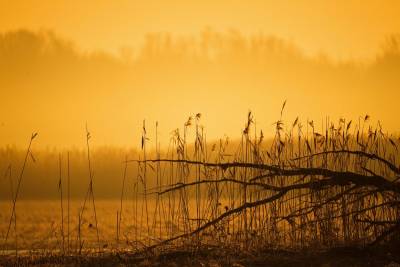 Among a number of places in Croatia that are famous for exquisite natural beauties, Kopacki Rit is especially recommended for bird lovers as well as for all those people who want to slow down and enjoy a relaxing vacation. Kopacki Rit is a large wetland located in Baranya, a region in eastern Croatia. The park includes an area interwoven with numerous backwaters of the River Danube, rich in forests and other wetland vegetation. Kopacki Rit is the nesting area for over 260 bird species. Take a boat ride through the park and enjoy the calming beauty of the pure nature. Accommodation facilities could be found in the nearby city of Osijek or in some of the authentic farms of the Baranya region. 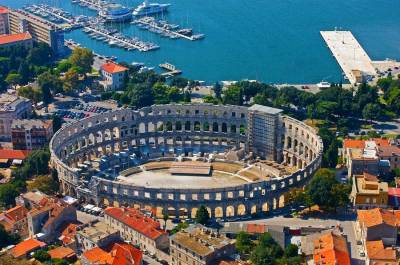 One of the best places in Croatia for history lovers to visit is Pula. There’s an absolute wealth of attractions including a complete Roman Amphitheater outside of Italy. Built in the 1st century, its 30m walls have survived almost intact. Also, in the town is a cathedral that has origins in the 5th century. The Archaeological Museum has a fascinating collection of finds from all over the region of Istria. Pula itself is a busy commercial center, but it has a great nightlife too.

The above list is simply too short to cover all the notable things to see in Croatia, but it can be used as an introduction to your Croatian adventure. Lovely islands, charming Mediterranean towns or the scenic landscapes of the continental Croatia – the choice is yours, dear traveler.

Also read on Croatia: 10 great experiences in Croatia that will make you want to pack & leave

The Blueberry Trails not only specialises in curating Croatia honeymoon packages, but also various trips for family and friends, including personalised Europe Holiday packages.

You can write to us at  This email address is being protected from spambots. You need JavaScript enabled to view it.  or reach us at 8080-122-441 to customise your Croatia tour package.