Top 8 places you have to see in Iceland

Iceland is strange. Like living a life in a cross-process filter. Glaciers, meadows, ice caves, tectonic plates: it's got everything and yet has to import most of its food from outside.  A new country, the latest to be made, it has its own set of absurdities which make it so special. Some, trivia for the uninitiated, Iceland doesn’t have an army or a navy, a volcanic explosion is as frequent as once in 4 years, and 90% of the population believe in elves or the Huldufolk!

It’s no surprise that the world is now enamoured by this strange land, floating amidst the Atlantic Ocean and the Norwegian Sea. And as you lay dreaming about this land, and make devious plans to take a weeklong trip, here is the list of places that you must experience on your Icelandic Holiday! 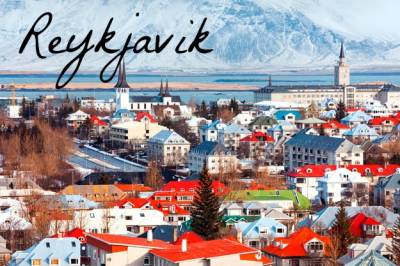 Reykjavik: The capital city, famous for aerial shots of its colourful houses, in contrast with the rugged landscape, makes for a great base for your Icelandic adventure. It is close to the Snaefellsness Peninsula, the Golden Circle, the Blue Lagoon and not just for its outdoorsy appeal, it also has a very fine eclectic urban vibe to it. Great concerts are hosted by the city, movie screening, chess tournaments, great cafes, bars and taverns will ensure that you never run out of things to do.  Art galleries such as the Reykjavík Art Museum and the National Gallery showcase the works of classic Icelandic artists, while smaller independent galleries display the projects of cutting-edge, contemporary Icelandic artisans. A day picnic in the Austurvollur, the park in front of the Parliament, with buskers and local artisans, if you are lucky a marching band may just come by. So it's fun, electric and nothing like a day in the sun in the north most capital city of Europe!

Golden Circle: The most popular route taken south of Reykjavik which covers the Geysir Strokkur geothermal area, The Gullfoss waterfall which created by the river Hvítá, which tumbles and plunges into a crevice some 32m and the Thingvellir National Park which houses the world’s oldest Parliament, and is also the site of the tectonic divided between Eurasia and America, going apart by cms every year. This creates deep fissures in the ground, one of which is called Silfra. It is filled up with icy glacial water and is a haven for scuba divers. With some extra time, one can make a quick stop over at the Kerid Volcano Lake, which was essentially water accumulated in the empty magma chamber of a volcano. The Golden Circle spans 300 km's and makes for a great drive from the capital city. 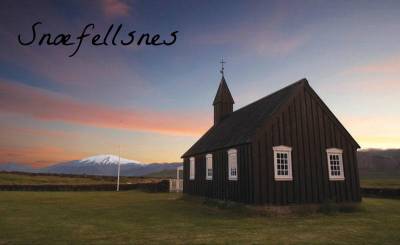 Snæfellsnes Peninsula: Called Iceland in a nutshell, this peninsula is the sum of all of Iceland, boundaries of which reach out into the sea. Standing at the foot of a volcano and glacier, Snæfellsjökull National Park is the only park that reaches from the seashore to the mountaintops. Golden beaches, glaciers, volcanoes, lava fields, green scapes, lovely fishing villages and iconic stays like the one near the Budir church, makes for a dramatic setting. The Snaefellsness Glacier was the setting for the Jules Verne novel, Journey to the Centre of the Earth.

Westfjords: Only 14% of the travellers visit the west fjords, as people tend to make 8-10 day trip plans and prefer to cover the circle. We don’t blame them, the north the interiors were inhabited only in the earlier part of the 20th century. For example in Hornstrandir, colossal cliffside peaks at 534 m above sea level, providing the perfect habitat for one of the greatest sea fowl colonies on earth. The treasures of this western peninsula, include fishing villages, beautiful hiking trails, rugged cliffs abruptly ending in the sea and deep inlets. Those looking for spellbinding landscape and the least tourist print, this is the place made for you! 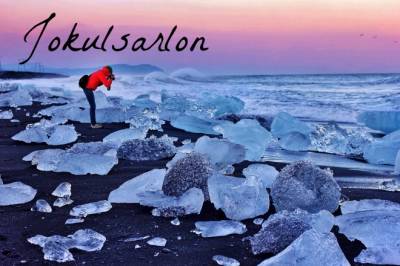 Vatnajokull and Jokulsarlon: Travel south from the Reykjavik to experience this wonder! The largest glacier in Iceland, and the second largest in Europe, after Svalbard, it is a distinct part of the Vatnajokull National Park. The glacier occupies 8% of the area of Iceland. Then you have Jokulsarlon. Located on the east coast, its a glacial lake on the edge of Vatnajokull. Created by the retreating glaciers, it's alarming at which rate the lake seems to be expanding.  On the drive to Jokulsarlon, you get to see it on your right, It appears as "a ghostly procession of luminous blue icebergs". A boat ride on the lake is not uncommon, and plenty of travellers stand and drink the water and enjoy a bite into the pieces of ice, ice that has been around for hundreds of years. Jokulsarlon has provided the backdrop for many Hollywood movies, Tomraider, Die Another Day, Batman Begins, to name a few. 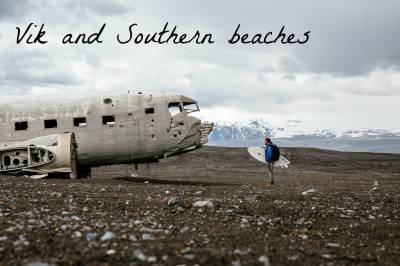 Reynisfjara: The world-famous Reynisfjara shore, near the village of Vik in Myrdalur on Iceland's South Coast, is widely regarded as the most impressive black-sand beach in Iceland. Reynisfjara is a black pebble beach and features an amazing cliff of regular basalt columns resembling a rocky step pyramid, which is called Gardar. Out in the sea are the spectacularly shaped basalt sea stacks Reynisdrangar. The area has a rich birdlife, including puffins, fulmars and guillemots. 6 miles off Vik lies Sólheimasandur Beach which is home to the crashed wreckage of a DC Navy plane that came down in the 70’s. The US navy abandoned the plane there and it has, since then, become a tourist spot.

Lake Myvatn: The Lake Myvatn region lies east of Akureyri, and is the biggest tourist attraction outside of Reykjavik. The region attracts a wonderful selection of birds and its surroundings are composed of many of Iceland's most precious natural marvels; unique and unusually shaped lava formations make up the mystical Dimmuborgir (Dark cities), where, according to legend, Satan himself landed after being cast from the heavens, only to be outlawed by the local light-elves who then turned his “Catacombs of Hell” into their capital city.

The lake was most likely formed in a catastrophic volcanic eruption some 2300 years ago, and the area is still very volcanically active, the Krafla volcano being close by, its last eruption taking place in 1984. Also nearby is Husavik, which is the base for many successful whale watching cruises. A geological powerhouse, natural hot springs, a bird watcher’s paradise and spectacular landscape are aspects of what makes Lake Myvatn a total win! 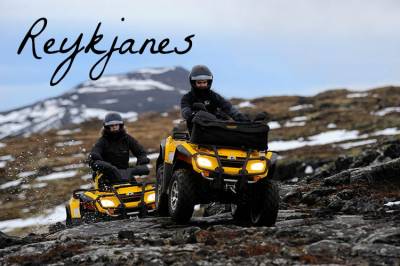 Reykjanes peninsula: Home to Iceland’s oldest lighthouse and the much coveted Blue Lagoon, Reykjanes peninsula is a geological powerhouse. The number of lighthouses out number villages in this land and it has a distinct seafaring culture which emanates from the Grindavik’s. Birdwatching is a delight at the Hafnaberg cliff and the spellbinding steep cliff land of Krísuvíkurbjarg, A rock and roll Museum, the simple farm life at the Reykjanesbær town, where one can witness the cottages of the days of yore and for the adrenalin lovers, ATV quad biking over lava fields in the  Krýsuvík region.

The Blueberry Trails organises amazing holiday packages for the traveller in you. For our upcoming tour schedule and International tours from Mumbai and for custom made Holiday Packages from India write to us at  This email address is being protected from spambots. You need JavaScript enabled to view it.  or call at +918080122441 for further information.